It’s back! If the stars align, meaning, my children all sleep at the same time. I can squeeze in time for Friday Faves. Here it is in fast forward because I hear some stirring from the little one.

1. My mother in law was in Whole Foods and they were sampling these bottles of Coco Cafe. She gave me a few to try and just that like, it’s official. I’m jumping on the coconut water bandwagon.There comes a point in my day, usually around 4, when I need a little fuel. I drink a ton of water because I’m nursing and try to limit the caffeine to one (large) cup in the morning. But coconut water is supposed to be super hydrating so I can justify the second dose caffeine. After all, the tagline is “Caffeinate and Hydrate”. Oh, did I mention that I don’t even like coconut? But I certainly like these….and Pina Colodas, too. Apparently if you add caffeine or alcohol to anything coconut, I will drink it.

2. Ok enough with this rain already! My grand summer plans of doing tons of outside play and staying as far away from house-wrecking pinterest crafts with my kids is becoming a distant thought. I couldn’t stand one more morning of looking at storm clouds and my son begging for the iPad, so I caved. I opened up my kids board on Pinterest and 9:10am one morning we made ice cream. 1 cup half and half, 2 tbsp turbinado sugar, 1/2 tsp vanilla extract – mix all these in a big ziploc. In another ziploc add a bunch of ice and salt. Put the cream mixture inside the ice/salt bag. Let your kids throw it around for 10 mins or so until ice cream forms. And at 9:23am we ate the ice cream (hey, why not?) and my kids thought I was some sort of culinary genius.

3. This little $10 gem makes it possible for me to bring the little bebe to the pool with my older boys. I feel like an athlete in ready position when I’m at the pool – on my toes, knees bent, ready to pounce at a moment’s notice… sort of like this little guy: 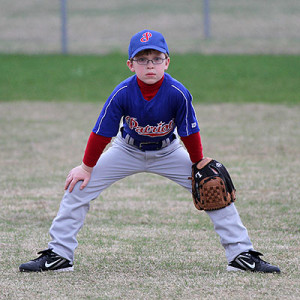 I do not blink, I rarely converse , I stare at my children to make sure their heads are above water and PRAY that the baby sleeps. This little stroller fan is my savior. It keeps him cool and happy and brings on the Zzzzs. And if he is not sleeping, he loves to stare at it. Win Win!

4. I went to the dermatologist last week for an annual skin check. While I was there I figured I would pick the doctor’s brain about the best over the counter lotions to use – you know, to really get my money’s worth. Basically she told me that my money spent at Blue Mercury would be better spent elsewhere. She said the best OTC lotion is Cerave am and pm. Best thing for wrinkles is Neutrogena with Retinol (which I can’t use until after I finish nursing), and best baby sunscreen is Neutrogena Pure and Free.

And that’s all for now! Kids are awake. Oh, and no FLOP for this week. My baby has slept 10 consecutive hours for the past 4 nights so all is right and good in the world!