Let me think back to the last time I made fish…………………um, ok. The verdict is: NEVER! Ok here’s the thing about fish: I like it, I order it when I’m trying to be healthy, but I am seriously intimidated by it. Fish. It sounds sort of, well, fancy. But my neighbors are always buzzing about great fish recipes that they love and swear that they are super easy, so I went up to that fish counter, pretended like I knew what I was doing, and got myself some fish. I love fish tacos and the last time I ordered them and my son ate 3/4 of my plate. I thought I would start there since at least 2/5ths of the family liked them.

I’m not good at following a recipe because I am usually short an ingredient or seven, plus I like to simplify things. So I took this recipe and this recipe and a little creativity of my own and sort of mushed them all together. Gourmet of me, I know. But you guys – it worked (insert high kick). This is a seriously easy fish taco recipe. And yes, yes you can. If I can, you can. 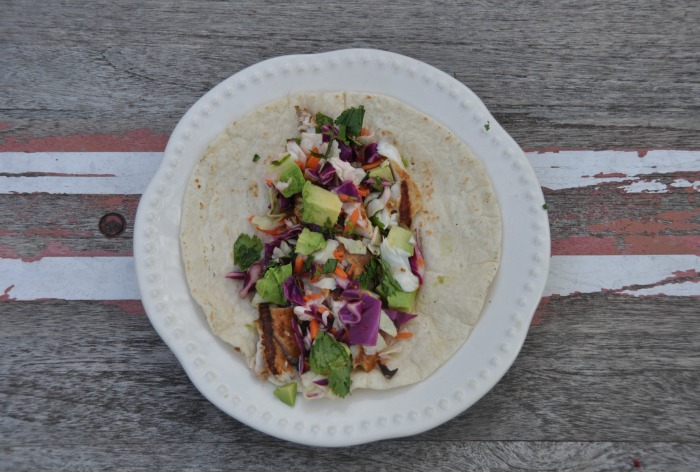 It starts with making a simple marinade for the fish with a canola oil, lime juice and handful of spices. While the fish is marinating, I made the cabbage slaw. I bought a fresh cole slaw mix from Whole Foods and chopped it up a bit smaller. I did this with the kids in mind – smaller pieces for smaller mouths. If you are serving adults you can skip this step.

Next I added a few splashes of citrus (3 tbsp orange juice and juice of one lime) plus some salt to taste and set aside.

The fish still had a couple more minutes to marinate so I gathered all the toppings – kept it simple with some avocado, cilantro and sour cream. 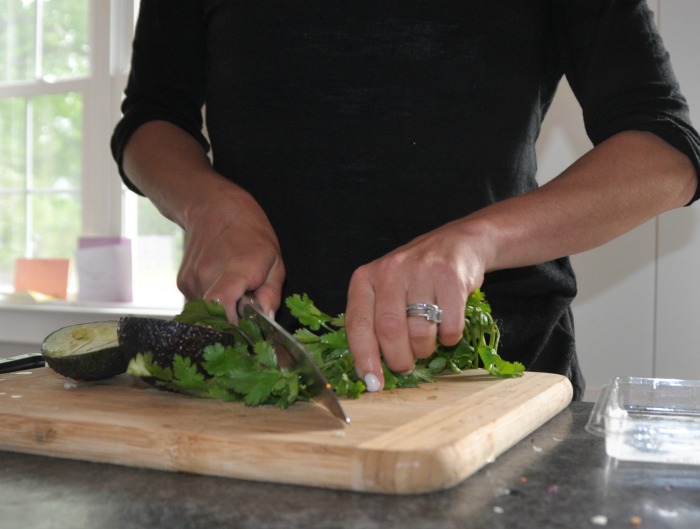 All the toppings and garnishes were good to go and now the only step left was to grill the fish. I heated the grill to 400 degrees and cooked each side for about 3 minutes.

Apparently fish doesn’t like to stick together on the grill, but that’s okay because you are going to flake it in the next step anyway.

After heating the tortillas for a minute on the grill, it’s time to build yourself a taco.

Add the fish, the slaw, and the garnishes. A Corona isn’t a bad idea either. 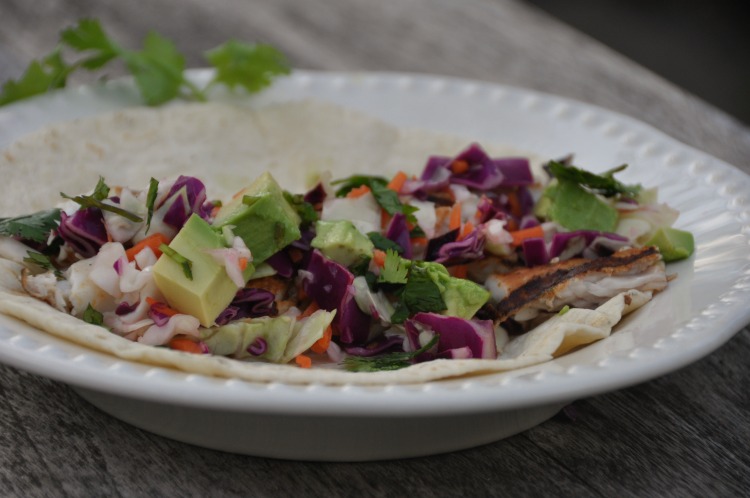 I was pleasantly surprise at how pretty this dinner turned out. 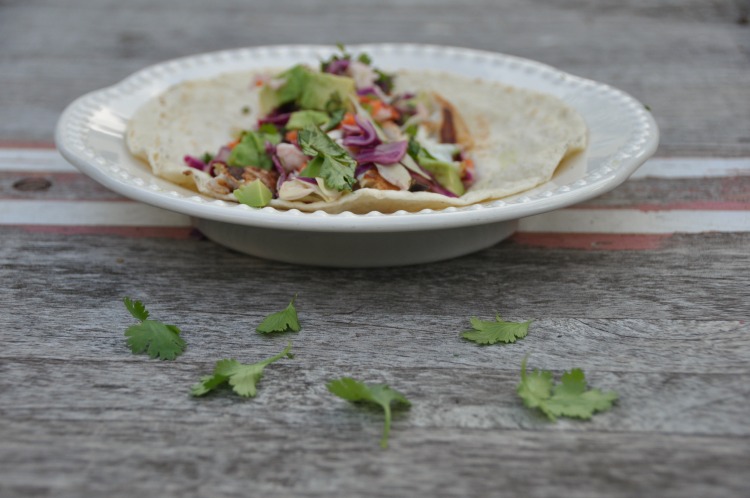 So pretty that I had a little too much fun photographing it. #sorrynotsorry 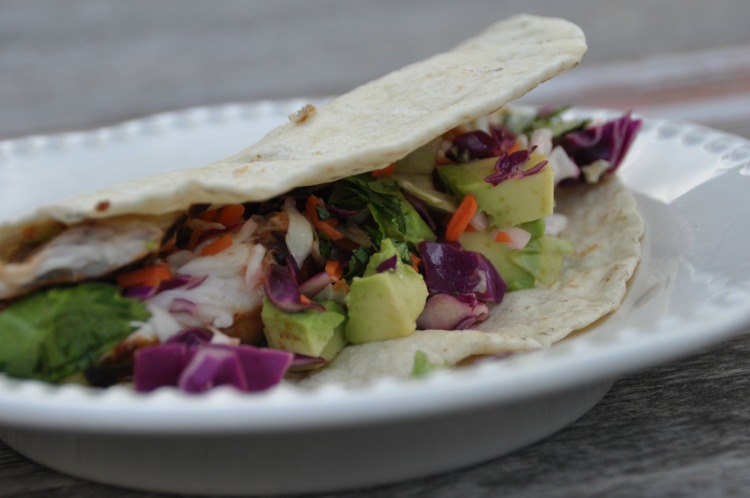 But, you ask, did it taste as good as it looked?

This guy thinks so. 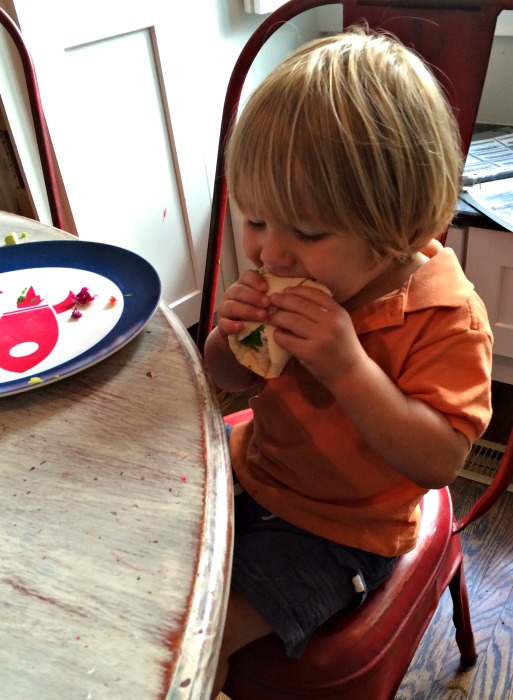 And the other kids were all like, “Mom, make this dinner again!” And I swear it had nothing to do with the root beer float ice cream I bought earlier today….

Ok so let’s get down to the recipe:

Ready to try it? Pin it for keeps: 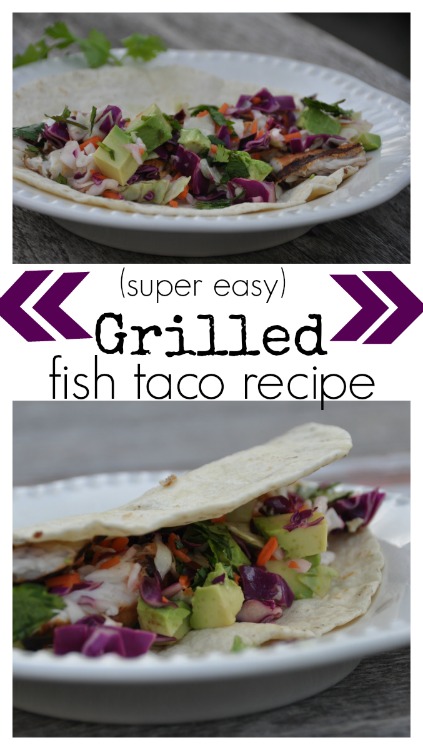 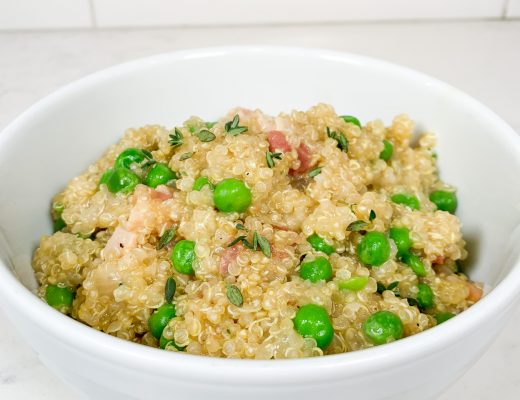 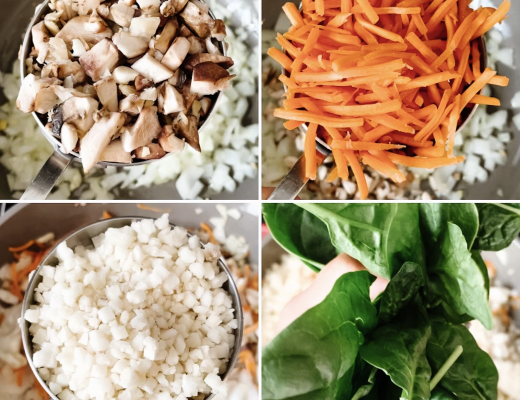 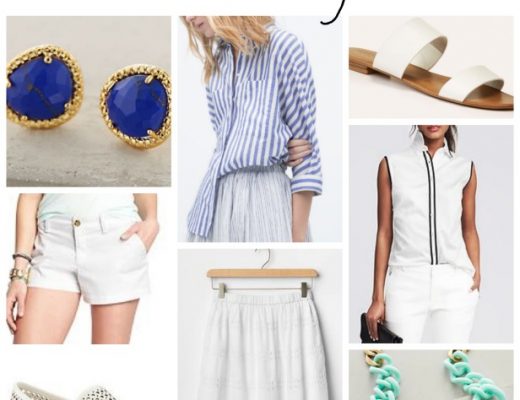 How to Pack a Bag