You know those times when you have something really fun planned for your kids? Those times when even YOU are excited because you think they will be excited and you’re even a teeny tiny bit giddy inside because you know it’s going to be GREAT? You plan, prepare, pack and spend days building the excitement. “Guess where we are going this weekend???!!” “That’s right! We are going to stay overnight in THE CITY at your grandparent’s apartment and when we wake up the next morning…….we are going to a COLLEGE BASKETBALL GAME! Woo hoo!! It. Is. Going. To. Be. AWESOOOOMME!”

And then you get there.

And then it’s not.

Leave it to the kids to ruin the whole thing. They decided to be jerks and whine and bitch and fight and complain and NOT LISTEN the whole entire time and all you can think was, “I should have known. We can’t take these kids anywhere!!!!!!!”

It’s a nice Friday afternoon. You get the kids in the car and head downtown. You arrive at the apartment and have a little cheese and cracker snack. You bundle the kids up. You break out the strollers. And then you begin a nice leisurely stroll through Rittenhouse Square to a restaurant to grab a bite to eat. In theory it sounds so easy. In reality…. NO. 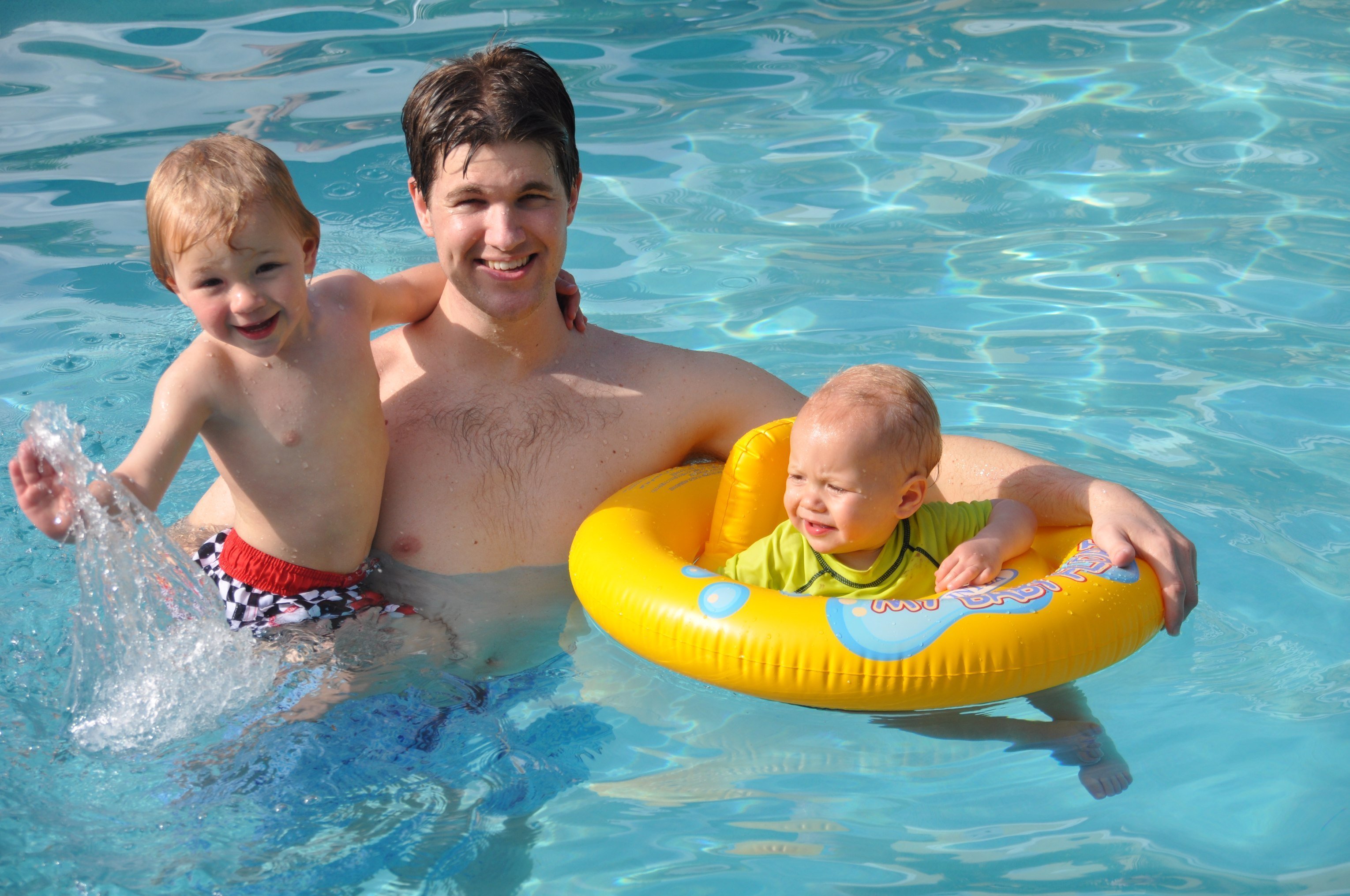 Cue the not listening a GD thing we ask.

Then cue the spilled drinks.

Cue the over-priced-triple-digit-dinner down the drain.

Then, yep, cue the waterworks when we stop at the ice cream shop on the way home for mommy only…. (I know that sounds really cruel, but I ate my dinner and I am pregnant, and I am only in the city ever so often and able to get my favorite ice cream. And it’s not like I ate it in front of them. No. I got it “to go” and saved it for when they were asleep.)

And speaking of sleep that is immediately where the kids went when we got back to the apartment. Exhaustion was the only logical explanation for their poor behavior.

Feeling defeated. We plopped ourselves on the couch, put the TV on low volume, as not to disturb the kids in the loft, and said without saying… NEVER AGAIN.

The next morning, everyone was up early. A new day, a new beginning, right?

Try keeping three boys quiet in a small apartment at 6am. An apartment that has one long hallway that is clearly made for…. 40 yard dashes with slide tackles through the finish line? Anyone? Anyone? Yeah. Now I’m sure the neighbors hate us.

We needed to get out.

Bagels were our only option.

But remember, when you are in the city, you gots to WALK. And it was like dinner-gone-wrong-dejavu, but this time with a $5 freshly squeeze OJ spilled all over the floor (and the people sitting next to us) like the cherry on top. Oh, and 2 kids, who again, refused to eat.

THAT’S IT! We aren’t going to the game.

You are all now officially in EARN IT BACK MODE!

If you want to go to the game, you need to start over and TURN. IT. AROUND.

Freaking kids. Seriously. This was supposed to be an epic weekend. One for the memory books. And now, well, it just pretty much sucks.

With two hours to go before game time, we decided to take the kids to a nearby playground. It was cold outside, but still only in the 9 o’clock hour and there was no way we could keep them quiet in the apartment – a building with lots of young professionals who probably haven’t seen 9am on a Saturday in……years.

And as soon as our kids’ feet hit the rubbery playground turf…..

Those are my boys.

It didn’t take me but 30 seconds to realize, wow, this whole time it wasn’t them…..

We were the jerks.

And then I started rethinking our last 16 hours.

We made them walk at NIGHT on a FRIDAY after a long week, to sit in a restaurant and expect them to be angels.

Duh. They were tired and cold. Take out would have been the better option.

Then we made them wake up and be quiet.

Duh. They weren’t doing anything bad – just boys being boys. Just boys doing what they do every morning when they wake up at home. How are they supposed to understand that when you live in a building, there are neighbors that can hear you.

And then another long walk and restaurant experience, when “cheerios and cartoons” is their norm.

You can bet with a solid hour of free playtime outside, the boys “earned”  back the game. We went and it was great. A big Villanova win and half a bucket of crab fries later we set home on a high note….with a big lesson learned:

When you take kids out of their comfort zone, keep your expectations in check.

And what did I learn? Well, that a big weekend out in the city is fun for a lot of people, just not necessarily little people.

And why do I tell you this long drawn out story? Well, because I am sure we have all been there and sometimes, sometimes, the little ones aren’t necessarily to blame.

Here’s how it all went down… A Birth Story.

In Bloom: Spotlight on Floral Dresses